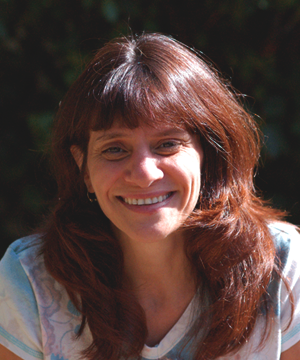 My name is Nina Draper.  I was born in San Francisco, California.  I became interested in Montessori when I visited a classroom during my Early Childhood Education training.  I received my A.S. Degree in Early Childhood Development in 1987 from the College of the Redwoods in Eureka, California.  I taught preschool for 3 years at Moore Avenue Children’s Center in Eureka, California. I also worked for 1 year at Little People’s Corner also located in Eureka.  I left teaching in 1991 for a job at the local newspaper (Eureka).

In 1996 my husband and I moved up to Vancouver, Washington.  I found the Montessori Training Center in Oregon City (the Montessori Institute Northwest).  I received my AMI Montessori Diploma in June of 1998 and then I gave birth to my one and only child 2 weeks later.  I stayed home and was a nanny for 2 years and then started working at Aquinas Montessori in September 2000.  My daughter, Mia, started here in 2001, she was in Tami’s class for 4 years. Mia was enrolled at Cascadia Montessori before her completion of high school in 2017.

There are no upcoming events at this time.

No school for Camas = No school For CMS